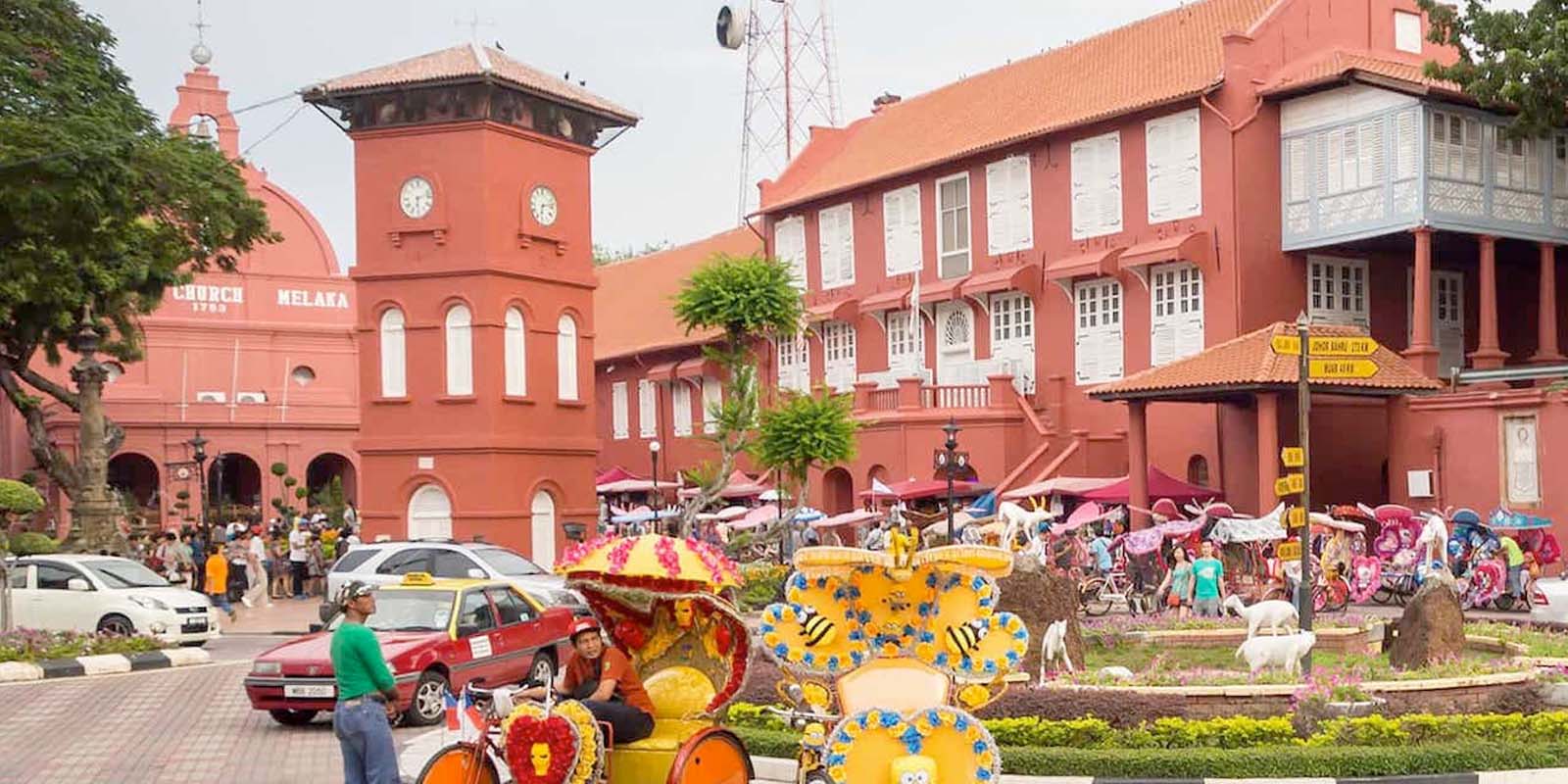 Known also as the Tang Beng Swee Clock Tower outside the Stadthuys was provided to individuals of Malacca in 1886 by Mr Tan Jiak Kim to fulfil the wishes of his father, Tan Beng Swee, who was a 3rd generation of a Chinese philantrophic millionaire family. Tan Beng Swee, was the son of Tan Kim Seng who contributed both the bridge surrounding to the clocktower and land for the Chinese cemetery. The initial clock was imported from England. When the clock was changed by one from Seiko in 1982, it caused an uproar amongst the senior citizens of Malacca who still recall the harsh treatment they suffered during Japan occupation. This Tang Beng Swee Clock Tower, it looks Dutch, however it is not.